The Health Risk of Mammograms

The Health Risk of Mammograms

Breast cancer is a serious topic, and has been a major concern worldwide for hundreds of years. For over 50 years doctors have recommended women get mammograms, an easy to preform non-intrusive screening method for early detection. Because breast cancer is more common in women over 40, younger women are not advised to receive mammogram screenings. Annual mammograms are recommended for women ages 40-54. Women 55 years and older are recommended to have a mammogram every two years but may continue getting checked annually. While this has been the standard practice for many years, new research shows that mammograms may not be the solution they were once thought to be. 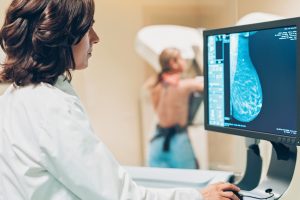 Getting a mammogram: What you should know

When getting a mammogram, patients should always be aware of what takes place. One breast is placed on a firm flat plate of the mammogram machine and is pressed flat with another adjustable plate. Once the breast is positioned, small x-rays are taken at various angles in order to see if there are any abnormalities in the breast.

A study published in the Annals of Internal Medicine stated that out of 100,000 women ages 40-74 who received annual mammograms 125 cancers were induced by the radiation. Out of these 125 patients 16 died from the mammogram-induced cancer. These cancer are preventable.

Susan G. Komen Foundation published its findings on survival benefits verses risks. Of 10,000 women being screened, over a 10 year period, 3 women in the 39-49 age range, 8 women from the 50-59 age range, and 21 women in the 60-69 age range would be saved. Statistically speaking, there is a survival benefit of less than 1% for patients who receive mammograms than are saved by them. 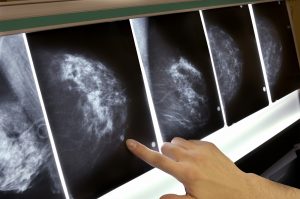 In a study of 1.3 million women, ages 40—74, having a false positive on a screening mammogram was associated with a slightly increased chance that the woman would eventually develop breast cancer.

A false positive means something was found during screening and was treated as cancer, but is not. There is about a 50-60% chance of having a false positive over ten yearly mammogram screenings. False positives are more common in younger women whose breasts are still dense, which is why mammograms are not recommended for them. It is very common for x-rays to be misinterpreted due to “shadows” caused by dense breast tissue. It is not uncommon for women to have naturally “lumpy” breasts or to have lumps that are noncancerous. Unfortunately, it is very difficult to tell which lumps are dangerous and which are benign, so additional testing, such as biopsies, are needed.

The costs of a misdiagnosis

A recent study estimated 90,000 misdiagnoses were counted, meaning all those patients received, and in some cases were pressured, into having unnecessary procedures. Not only is additional testing and treatment expensive, but it puts a lot of phycological and emotional strain on the patient. On the financial end, the numbers are astounding! An investigative study found misdiagnosis costs about $4 billion annually in healthcare spending.

In 2013 the Swiss Medical Board researched the benefits of mammograms. Their first discovery was that the majority of literature used to justify mammograms was more than 50 years old and is becoming irrelevant. They found a Canadian study where the survival benefit was a mere 20%. In the same study it was found that 21.9% (106 out of 484 patients) were over-diagnosed and received unnecessary treatment. They also looked at the Cochrane review of 10 trials involving more than 600,000 women that showed no evidence suggesting mammography screening had any effect on overall survival. Based on their research, systematic mammography screening might prevent about one breast cancer death for every 1000 women screened. The Swiss Medical Board concluded that mammograms cause much more harm than they prevent. This corroborates the doubts raised by others about the benefits of mammograms.

>> Pros and Cons of Radiation Therapy in Early Breast Cancer

>> Side effects of radiation for breast cancer