Advantages and Disadvantages to Radiotherapy for Early Stage Breast Cancer

Radiation therapy is often times the recommended treatment for early breast cancer once surgery is complete. Radiation is used to help eliminate cancer cells that may have been left behind after surgery. If not eradicated, such left over cancer cells can form new lumps referred to as “local recurrences.” A number of different forms of radiation has been found useful depending on the patient’s cancer, but a few facts stay the same.  For one, recurrence prevention by radiotherapy is found be be substantial. Test groups from a number of studies were found to have a higher recurrence rate if they did not receive radiation. However, studies show that radiotherapy may not extend life by much. 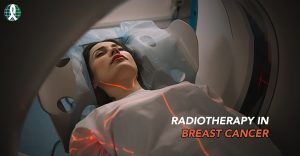 In one study published in the Journal of National Cancer Institute, fifteen clinical trials were pooled together in order to have a larger base of patients from whom to draw conclusions. The pooled trials gave a grand total of 9422 patients that had participated in early breast cancer comparison trials.

Based on the comparison, radiation provides an extremely high statistically-significant benefit in regards to recurrence.   Interestingly, further examination of data in the same pooled study found that although patients in the radiation group were having less recurrences, their lives were not prolonged by much compared to the group that received no radiation.

In one of the pooled analyses, there was only an 8.6% survival benefit in an early breast cancer group that received radiation versus the group that did not. This low percentage dropped even further the older the patient. How much survival benefit gained depended also on what form of surgery a patient received. For example, a woman with a one centimeter lump that is estrogen receptor-positive may only gain a 0.5% – 1.5% survival benefit. Many of the other subgroups of patients had even smaller benefits. The study concluded that radiation does prevent recurrences but does not significantly prolong life. 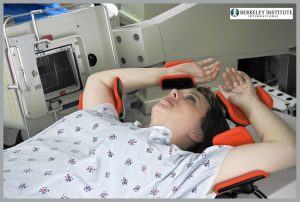 In an article published on the effects of radiotherapy after surgery, a similar comparison was made. Seventeen randomized trials with a total of 10,801 patients with early breast cancer were reviewed to see if patients benefited from radiotherapy in any significant way. Of the total, 8,337 patients had access to their pathology reports depicting whether there was axillary lymph node spread present. Pathology reports describe and detail the diagnosis after examining cells under a microscope. For the women who had histology reports indicating a cancerous node, radiation was found to reduce the 10-year recurrence rate by 21.2%. In regards to their survival, radiation was found to reduce the 15-year risk of death from by 8.5%. For women with no cancerous nodes recurrence risk reduced by 15.4%. Radiation reduced the mortality risk of node negative patients by 3.3%. Radiation does provide a long-term benefit against recurrence, however, this study also concluded that more women in the radiation group succumbed from other malignancies.

There are still risks

Patients must keep in mind that radiation comes with its own risks. Radiation takes weeks to complete and can result in side effects that are very discomforting. Common occurrences are skin irritation, hardening of the breast, discomfort, and sensitivity. Daily radiation sessions, five days a week, for at least one month, can also be very time consuming. It is up to the patient to decide if this the right course of action. Radiation’s ability to prevent cancer cells from spreading is commendable, but the end goal is to provide a higher survival benefit. If preventing recurrence does not prolong life, then a patient might find themselves spending a large sum of time and money without gaining the results. Knowing the benefits and drawbacks of every step of cancer treatment is important, and the more a patient knows, the easier it is to make an informed decision.

>> For more information about the risks of radiation